345 Triangle Reading Pythagorean Style. The smallest consecutive integers that the Pythagorean triangle works with is 345. See picture below. Ancients “read” numbers. We, today, only see numbers as quantities, not qualities. Uniting numbers an words was termed “gematria.” The word first appeared in English in the 17th century. It was translated from of works by Giovanni Pico della Mirandola.  It is derived from Greek. However, it is also in Jewish mystical text of called the Kabbalah. The term does not appear in the Hebrew Bible.[1] 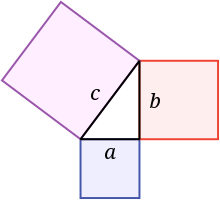 A Pythagorean triple consists of three positive integers a, b, and c, such that a2 + b2 = c2

The 345 triangle described above sets the formula for all other right triangles. It sets the pattern of its mathematical law.  The name of Moses also uses the same 345 sequence. Reference the chart below as I describe his letters.  His three letter name in Hebrew is mem (40), shin (300) and heh (5).   The letters total 345.

By rules of gematria, “one” could be added or taken away from a words without changing its fundamental meaning. On the Hebraic Tree of Life, Paradise, emanation “6”, totals 344. The letters (see chart) are Peh (80), reish (200), daleth (4) and Samech (60). The Pythagorean Theorem is an equation of balance and mathematical harmony. Here is what I believe is a hidden meaning of the theorem. Three is the number of the mind. Four represents the body.  Five represents the soul. Squaring a number intensifies it. Thus, if you elevate your mind and body by  keeping yourself physically fit, you will then elevate the status of your soul.  This elevation is presented by the formula:  3² + 4² = 5².