Internet is the Keyword in Megalithic Times. First of all, what is internet? Wikipedia states: “The internet is used to send information quickly between computers around the world. It has millions of smaller domestic, academic, business, and government networks and websites, which together carry many different kinds of information (facts and details) and services. So in other words, the Internet is a network of networks.”

Those who have been keeping up with my blogs know that the square of three is a network of networks. On the surface it is a simple number code. Any row of three numbers equal 15. Yet, its complexity goes to infinity. Megalithic cultures used the one obvious code. Plus they also used two hidden codes. They used the code by double and triple numbers. When you start to spiral the numbers, they go to infinity. It is literally the ultimate network of networks.

I am about to illustrate what megalithic builders knew. The smallest of the number squares (3 X 3) actually defines a net of numbers.  We will consider the perimeter numbers as follows:

בראשית ברא אלהים את השמים ואת הארץ These are the 1st 7 words in Genesis spelled with Hebrew letters. They translate “In the beginning God created the Heavens and the Earth.” In many Middle eastern languages letters actually doubled as numbers. This was called gematria. Look it up on line. The representative numbers of these letters total 2701. Double check me by asking someone fluent in Hebrew. Or again, check it out on line. The three megalithic perimeters of the above number square total 2700. By the rules of “colel” one could be added to every word in a phrase or sentence without altering its essence.  2701 is well within in this leeway .

Also, the first word is “In the beginning” is  pronounced “be-ray-sheet’ ” in Hebrew. The word for “”In the net” is be-re-shet’ “.  Their similarity is unmistakable. Especially since in the Torah, no vowels are specified. Words are spelled by consonances. Our new translation is the first sentence now becomes: “In the net God created the Heavens and the Earth.” The basic ancient net is the  number square in the picture above. One of my books was placed at the entrance to a temple on the south island in Malta. The temple dates back to about 3,500 B.C. The book is called: The Sacred Engineers’ Philosophy- the Pinnacle of Thought in the Unified Culture of Ancient Builders. Finally, what gave rise to this story was an Indian spirit from the Lennie Lenape tribe. She taught me about this magic square while I worked as pianist at a resort in the Catskill Mountains. It was Scott’s Oquaga Lake House in Deposit New York. We are working on building the  products page on our website, DSOworks.com. 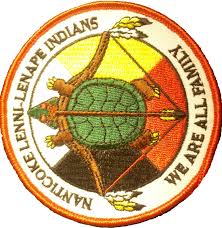