Atlantean Leanings on the 3 x 3 Number Square. This will require many blogs. First, learn two hidden ways of reading this number square given below.  Many of my blogs are about its codes. They extend to infinity. Atlantis and its history animates this square.  Most obvious, King Uranus had 45 children by different wives. The totals the numbers of the featured square  (numbers 1 thru 9). Ancients recognized not only the obvious code where any row of three totals 15,  but two hidden codes. This gave rise to three centers and three perimeters. Notice, the illustration below has three land masses (centers) surrounded by three canals (perimeters). The obvious one is 5 surrounded by the 8 numbers that total 40. Here are two more:

A map showing the supposed extent of the Atlantean Empire. From Ignatius L. Donnelly‘s Atlantis: the Antediluvian World, 1882.[48]

Another demonstration of the square and Atlantis involves the Titans. There were 18 of them as opposed to 27 other children. Both totals demonstrate properties of the 3 x 3 number square. Let’s play tick-tack-toe: The length or width of the square is the length of 3 boxes. The diagonal becomes 1,412…. times longer than the length of any of the square’s sides. The length of the diagonal of a square is expressed by  √2 x the length of a side. In this case, √2  x 3 = 4.24264…It just so happens that 4.24264…when squared equals 18. We have the 18 Titans.  I’ve also blogged about how 18, and the entire  number square structures the periodic chart.  In the case of the present blog, it shows Atlantean mastery of the 3 x 3 square. 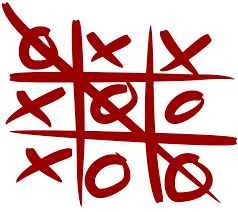 So Where are the other Atlantean 27 Children, You Ask?

The 3 x 3 magic square has three manifestations primarily used by the ancients. They are by ones, tens and hundreds. It takes three tick-tack-toe boards to define this characteristic. Thus 3 x 9 (boxes per manifestation) = 27. Watch for more blogs on Atlantis. Since this is my 250th blog, I felt it had to be special.  Enjoy!

Gauges of a Lost World are found in an  Isosceles Right Triangle . The shorter legs in this triangle are each 12 British inches in length. A foot long ruler graphically illustrates the length.  Why did I say also? At the turn of the 1900’s Jay Hambidge made a significant discovery. He discovered an ancient canon of measures.  They were derived from a square that measured one Egyptian remen on each side (1.2165 feet). The quote of measures below is  from, Peace Can Be Uncovered by Discovering the Distant Past.  This is the title of my post on DSOworks.com. Currently I have over 240 posts.

Jay Hambidge multiplied the  remen by the square roots of 2,3,4,5,etc…… He found that:

These same measure labels are close to duplication the isosceles right triangle in the featured picture. The half diagonal of the initial square, AKB and 4th point,( the right end of line V1,)  is 1.118 tones longer than any side. Each side of the initial square gauges a remen of 1,2165 feet.  The half diagonal is not in this particular  illustration. The half diagonal is elaborated on in City of Revelation by John Michell. Above picture is the  Jay Hambidge drawing of the dynamic rectangle from “The Elements of Dynamic Symmetry,” Dover Art Instruction, 1926. Lines  BC and AC in the Golden Triangle are both 12 British inches. The hypotenuse becomes longer by the   √2 = 16.97 inches.  Next, draw the altitude of this triangle. This is from corner “C” to the line that bisects AB in the featured picture. We’ll call this point “D”. It is virtually 8.5 inches or ½ the length of the hypotenuse. .   We have the following figures for comparison to the Hambidge model:

Teotihuacan and many sites in Central American were measured by the hunab. Ref. Mysteries of the Mexican Pyramids by Peter Tompkins. Hence my theory is: The Golden Isoseles  Triangle was used for measure a world that was destroyed i.e. before creation found in Genesis 1 :2- When the world was “unformed and void, and darkness was upon the face of the deep.” When measure was once more standardized, it used the canon of measures rediscovered by Hambidge.