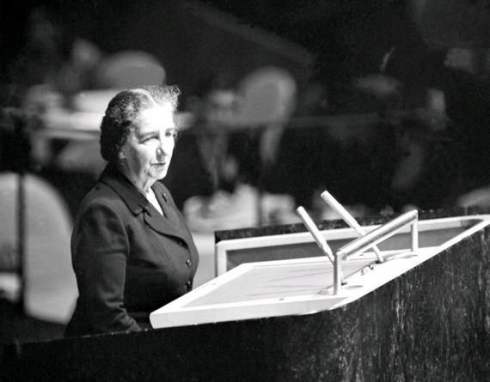 A girl named Golda, armed with only a belief in herself and the cause of Zionism, embarks on what
becomes a heroine’s journey to shape, build and save Israel. A Spirit guide named Zion helps her
through relationships, heartbreaks, and the defeat of her inner and outer enemies.

More:
This original musical by Sharon and David Ohrenstein was first presented at the SaraSolo Festival in
2017. With encouragement from many professionals, Sharon and David streamlined the story, cut
numbers, added others, sharpened lyrics and created more theatrical arrangements. Sharon plays a
storyteller who takes on six different characters including Golda from the ages of 14 – 70 yrs. Besides
accompanying the songs, the piano becomes a seventh character in the storytelling. Musical motifs
such as “She’ll Be Comin Round The Mountain” and “Rule Britannia” are used for mood and comedy
while others signal character changes. At the piano will be David.