Esterhazys Via Joseph Haydn (1732-1809) formed a more  Modern Orchestra. Haydn is known for creating the more full and  modern orchestra. The Esterhazys, as patrons, also deserve the credit. Haydn is often referred to as the father of the symphony orchestra. This was only possible because of a family of Austrian patrons, the Esterhazys. Haydn enjoyed a long, fulfilling and  and lavish life as a result.  Without his patrons, I think he would have died totally unknown. Indeed, the Esterhazys must be considered as co-founders of the classical symphony orchestra.

Nikolaus I, Prince Esterházy (Hungarian: Esterházy I. Miklós, German: Nikolaus I. Joseph Fürst Esterhazy; 18 December 1714 – 28 September 1790) was a Hungarian prince, a member of  the famous Esterházy family. Nikolaus did not hire Haydn, but rather “inherited” him from his brother, who had hired him as Vice Kapellmeister in 1761. He was responsible for the promotion of Haydn to full Kapellmeister on the death of the old Kapellmeister, Gregor Werner, in 1766. 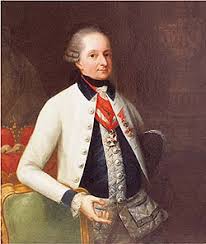 Haydn’s wealthy patrons fulfilled his wish to greatly enlarge his group of musicians. Their kindness also attracted the finest virtuoso players of the day. Haydn was overjoyed to write some 80 of his symphonies under the Esterhazy umbrella.

So Why Am I Blogging About the Esterhazys?

Creators of Great Music and Art need patrons. By backing fine artists, patrons will gain greater rememberance than if their names were merely placed on  buildings. Names on buildings are often changed with new generations of donors.  Patrons of individual artists insure for themselves a well thought of place for perpetuity. The Esterhazys are a case in point. Their kindness lasts and lasts! My wife, Sharon, and I, created 3 full length musicals over 35 years of marriage.  Our newest musical, Golden Roads, is about the early life of Golda Meir. Golda was  a fabulously great role model for all women. She actually became the prime minister of Israel. This was inspite of tremendous road blocks by many who belittled the role of women in government. With Golden Roads we are finally getting bookings. See Feature Events  on DSOworkscom. Our melodies are beautiful. The story of Golda is beautiful. We need help to make this more than a pared down one woman show with piano accompaniment. We feel we have the tools and talent. Now we need the resources. Contact us for an audition or presentation.  Hopefully, your kindness will be rewarded by helping us to stage this memorable theater piece. Patrons, we love you. We should all experience the joys that were felt by Golda.

♥ We Have Just Been Chosen to Open a Major Sarasota Theater Festival With Golden Roads. Posting will be made shortly.