Relaxation By Listening to Our Music for Dancing. Sharon, myself (David) and family lived for about 15 long summer seasons in New York’s Catskill Mountains. Ballroom dancing took place every evening. Before the evening fun, classes were given at various times of the day on the dancing styles.Guest artists gave demonstrations before the festivities began at 7:00 pm. People literally decked themselves out “to the max” at nightfall.  I was part of “The Lakeshore Four” For years they included:

FOR RELAXATION WHY NOT TRY BALLROOM DANCING?

For years in season this went on 7 nights weekly for 5 months straight! Where can musicians get such employment today?  In this regard, I’m lucky I had a wonderful piano instructor, Mischa Kottler.  He showed me how to play so as to avoid injuries   (Currently am offering piano lessons in Sarasota to pass on his knowledge).  Oquaga Lake was a special for relaxation.  I wrote most of the music for our ballroom dancing CD at Scotts. Sharon had the time our fabulous instrumental arrangements for the CD. I was also inspired to write a book of poetry. I sense that an Indian spirit from the Lennie Lenape tribe dictated the poems. At one time one of their tribes lived around the lake. It is also available as a product on DSOworks.com. Indeed, many creative artists were inspired by the Catskills. Irving Berlin had a home at Lou Beach about 50 miles down the road. Washington Irving (April 3, 1783 – November 28, 1859) wrote in the Catskills. He was an American short story writer, essayist, biographer, historian, and diplomat of the early 19th century. He is best known for his short stories “Rip Van Winkle” (1819) and “The Legend of Sleepy Hollow” (1820), both of which appear in his book The Sketch Book of Geoffrey Crayon, Gent.  The Catskills is simply wonderful for creativiity and the simple life. I, for one, hope it makes a comeback. Beautiful is now chic. 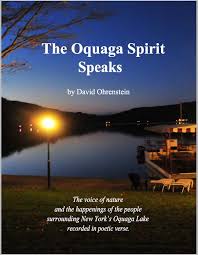