Remarkable Foursome is a Mathematical Wonder. It presents quite a take on the Fibonacci number series.  It develops into what is called the Golden Ratio. But the fascination with the Golden Ratio is not confined just to mathematicians. Biologists, artists, musicians, historians, architects, psychologists, and even mystics have pondered and debated the basis of its ubiquity and appeal. The Golden Ratio has inspired thinkers of all disciplines like no other number in the history of mathematics.[14] What sequence defines this series?  Eventually the second of two consecutive numbers divided by the 1st = the Golden ratio: φ is the symbol  for this ratio.

In mathematics, the Fibonacci numbers are the numbers in a specific integer sequence.  Their defining feature is every number after the first two is the sum of the two preceding ones:[1][2]}

At 1st glance the “foursome” number square and Fibonacci seem in-congruent. But the remarkable foursome fuses the numbers on the 4 x 4 square as follows: Examine it numbers vertically left to right:

All total are either 13 or 21.  Of course, 13 = 21 = 34. This is just the tip of the iceberg. Fibonacci numbers on the square go further. Again look at the numbers vertically. Consider the four vertical rows again. This time add every other number as follows:

I know what my reader is thinking: 25 and 9 are not in the Fibonacci series. But, yes they are.  Three and five are both Fibonacci numbers:

Mathematician Mark Barr proposed using the first letter in the name of Greek sculptor Phidias, phi, to symbolize the golden ratio. Usually, the lowercase form (φ or φ) is used. 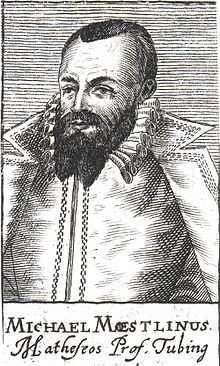 Michael Maestlin, first to publish a decimal approximation of the golden ratio, in 1597.

The golden ratio has been claimed to have held a special fascination for at least 2,400 years, although without reliable evidence.[13] According to Mario Livio.

Number Square of the Remarkable Foursome

Number squares were once the backbone of a lost civilization. This time marked a Golden Age of peace and plenty. Tradition associates the 4 x 4 number square with Jupiter. Each planet had its own set of numbers.  Jupiter was the leader of the Olympian Gods; Jupiter means “Jovial King” and/or “Father of Thunder.” Jupiter is associated with luck and good fortune. It is the mentor/Guru /teacher of gods. More on internal link below.

Keep checking the website for more to come for the remarkable four.