Enter the Vehicle of Mystical Overlap

Study the blogs.  Learn how the 3 x 3 number square works. This was known at least 11,000 years ago. Here’s how it applies to the Tree of Life. On the number square below, 10 is a synthetic number. It is feminine. Ten is passively created when two opposite numbers are added. For example, 4 + 6; or 3 + 7. As such it receives. In antiquity this was called the feminine principle.

Now look at the Tree of Life picture.  Perform the following additions: 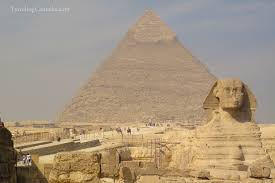 Take our synthetic number of 10 as described above. Add this to our numerically derived 1100 number from the 3 x 3 number square explained above.

A profound  measure is now revealed. The perimeter around the Great Pyramid of Egypt is 1110 megalithic yards. This is a well known measurement.  Documented sources are on some of my blogs. Conclusion: The passageway back to the Tree of Life in Eden is by way of the 3 x 3 number square.