High Stepping on the Steinway Piano at World Class Gasparilla Inn. I feel like I have a special connection with Steinway grand pianos. My primary teacher on piano was Mischa Kottler. He kept two Steinway grands in his studio. For my lessons, I played on one. He accompanied and demonstrated on the other. What kind of teacher was Mischa? I quote Greg Philliganes in Keyboard Magazine.

From work with Stevie Wonder while still in his teens, to tours and recordings with Quincy Jones, Michael Jackson, Eric Clapton, and Toto, Phillinganes’ massive discography reads like a “Who’s Who” of pop music, encompassing four decades.

“Sensing that I needed discipline more than anything else, my Mom managed to hook me up with a wonderful teacher named Mischa Kottler.  He was a no-nonsense Russian Jewish guy who could crack a pane of glass with one finger. He was a complete badass, and he cooled my attitude out immediately. I studied with him well into my teens.

What kinds of things were you studying with him?

I was studying technique and classical repertoire. He taught me a certain way of playing that I still use to this day: a sense of evenness where your wrists aren’t loose or moving up and down. It’s a totally linear way of playing, where there’s even movement in both hands so your wrists stay perfectly still. Mischa would take two fingers and weigh them down on my wrists to keep them from moving. He instilled a sense of dexterity and definition in my playing. If I’m known for my speed and precision, it’s probably due to Mischa more than anything else.

I also have Mischa to thank for instilling in me speed and precision. He also instilled in me the desired to look for the “truth” in music. What is the music really about? How do you convey it?  Again, thanks to Mischa, I have year round employment. . Until Dec 18, I will be at the Crab and Fin in Sarasota. See events on DSOworks.com. Then, Gasparilla from Dec. 19- April 1 2018 for six nights weekly. I play on a newly rebuilt Steinway Grand. The parts were special ordered from Germany. In between, my wonderful agent Fitz Otis at Jay Goodley Entertainment Group books me any other time I am available. My advice to students: Work hard. Be serious. And yes, I have a couple of openings for piano lessons in Sarasota.

Proper Piano Practice Means Precision. I began my piano studies at age 11. The date was August 24, 1958. This was exactly two months before my October 24th birthday. I would turn twelve. At my first year piano recital, I played the entire Moonlight Sonata by Beethoven from memory. The teacher I studied it with was a Mrs. Foster. I forgot her 1st name. My apologies. In retrospect, I played it terribly. The reason for this shortcoming will became apparent. in the blog. My apologies. The way to Proper Piano Practice was later shown to me by my nest teacher, Mischa Kottler, but:

I didn’t listen to his most basic advice. I thought I was quite advanced at age 15. He told me to (1) practice slowly and (2) hands separately. My adolescent mind told me, “that’s for babies.” Of course, I never told him that. But as it turned out, I was wrong. When slow practice and intense concentration unite, the results are outstanding. First, here is a taste of this great virtuoso-pianist, teacher.  Kottler would play it for an encore. Even when he was in his nineties he could finesse his special arrangement of Chopin’s “Minute Waltz.”

Kottler had the ability to see the future when it came to his piano students. I studied with him for years. When I was 25, he looked straight at me and said: “You’ll get good when you’re in your sixties.” He was serious.  Naturally, that comment did not sit well with a 25 year old. I’m well into my sixties, Finally, I have seen the “proper piano practice” light. Here’s the core of the method I now started to use. It’s never too late.

How has Proper Piano Practice Helped Me?

In one word, employment. This December 20th, I’ll begin my 9th winter-spring season at the Gasparilla Inn. On Boca Grande it is favored place for VIP’s. Off-Florida season, there are also no shortage of jobs. Currently I play at the Crab and Fin Restaurant . It is on St, Armand’s Circle in Sarasota. Of course, a lot more goes into successful piano playing.  If you wish to know more elements, I’m also available for piano lessons in Sarasota.

Liszt Tempos are too Fast According to von Sauer. Emil Georg Conrad von Sauer (8 October 1862 – 27 April 1942)[1] was a notable German composer, pianist, score editor, and music (piano) teacher. He was a pupil of Franz Liszt.    Also, he one of the most distinguished pianists of his generation. Josef Hofmann called von Sauer “a truly great virtuoso.”[2] Martin Krause, another Liszt pupil, called von Sauer “the legitimate heir of Liszt. He has more of his charm and geniality than any other Liszt pupil.”[3] 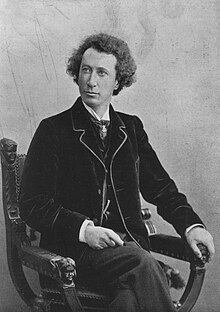 Proof of the Liszt Tempos

So how is it that I know what Sauer said about Liszt’s music? From my own teacher, Mischa Kottler. He publicly made the statement in an interview for the Detroit Free Press/Sunday April 10, 1983. The featured picture is from the interview. I’ve saved the Sunday magazine section all these years.  The article was written by John Guinn/photos by Patricia Beck.  John Guinn was the Free Press music critic. Patricia Beck was a staff photographer. To make my point, I will quote a couple of sections:

So where can you hear me play Liszt tempos not too fast? At the Crab and Fin Restaurant in Sarasota, Florida.

“I’d say that overall, it’s a great place to have lunch or dinner if your around Saint Armands or Lido Beach.” in 35 reviews. After a 20 year absence from the piano scene in Sarasota, David Ohrenstein returns. Over that time he has been a regular in the Catskill Mountains of  New York and at the world famous Gasparilla Inn on the isle of Boca Grande. Now he entertains at the Crab and Fin Restaurant three days weekly: Monday evening from 6-10pm; Tuesday from 12:30 to 5 :30 p.m. Wednesday also from 12:30 to 5:30 PM. You can enjoy lunch, dinner or simply purchase a beverage and listen to my piano playing at this beautiful outdoor setting.

I was also an arranger/accompanist for Rubinoff an His Violin. So I also play popular music beautifully. Rubinoff was the conductor and violin soloist of the orchestra at the Paramount Theater in New York and of Paramount pictures in Hollywood. When he conducted the Chicago Philharmonic in 1937, he played for 225,000 people. In addition, they turned away 25,000 people at the door. Hope to see you on St Armands Circle in Sarasota, Fl – David.  I play outdoors so check the weather. You could call me a “fair weather pianist.”

Beer Versus Coffee and Johann Sebastian Bach. Bach is cool. I love his sense of humor and strength of spirit. Speaking of spirits: During J.S. Bach’s life there were two distinct points of view in Germany with regards to  beer versus coffee. In this incredible battle J.S. Bach, a humble and poor musician,  took on Frederick the Great.  First a little background on the man Bach fought against in the beer-coffee battle:

Frederick II (German: Friedrich; 24 January 1712 – 17 August 1786) was King of Prussia from 1740 until 1786, the longest reign of any Hohenzollern king.[3] His most significant accomplishments during his reign included his military victories, his reorganization of Prussian armies, his patronage of the arts and the Enlightenment in Prussia, and his final success against great odds in the Seven Years’ War.

Now, enter J.S. Bach to face King Frederick the Great. An edict by Frederick the Great  declared: “It is disgusting to notice the increase in the quantity of coffee used by my subjects and this must be prevented. His majesty was brought up on beer and so were his ancestors and his officers. Many battles were fought and won by soldiers nourished on beer, and the king does not believe that coffee-drinking soldiers can be depended upon to endure hardships or to beat his enemies in  case of war.” My source is a quote by Victor Borge in My Favorite Intermissions.

Bach’s Coffee Cantata is close to being an opera. His Coffee Cantata #211 has a plot, recitatives, and arias. Had money been raised for scenery and costumes, it would have been a baroque opera. Bach wrote it in defiance of the king’s edict. Basically, in the cantata, a daughter’s father tries to reason with her to kick the coffee habit. After all kinds of threats, in desperation he promises to find her a handsome husband. Marriages were pre-arranged in those days. However, as Borge states: “She (daughter in the  cantata)  and Bach (the composer) have the last laugh together”. The daughter confides that she would only marry the man that lets her drink all the coffee she wants.

For years J.S. Bach gave weekly coffee concerts at Zimmerman’s Coffee House in Leipzig. Isn’t it amazing how something as simple as beer versus coffee could create such conflict.  Please share if you like this Bach blog. Oh yes, I am available for piano lessons in Sarasota, should you want to  study some of the music of this great master. I also  play Bach’s entire Italian Concerto on St Armand’s Circle in Sarasota at the Crab and Fin restaurant. Days are Monday, Tuesday and Wednesday -check events on DSOworks for details. Yes, the Crab and Fin serves coffee, coffee drinks and beer. Your choice.