Song Without Words Can Stand on its Own. It certainly has in the past. Witness the musical compositions of Felix Mendelssohn.

If you ask me what I had in mind when I wrote it, I would say: just the song as it is. And if I happen to have certain words in mind for one or another of these songs, I would never want to tell them to anyone. This is because the same words never mean the same things to others: Only the song can say the same thing. Such songs can arouse the same feelings in one person as in another. Words cannot express this feeling.

Songs Without Words, German Lieder ohne Worte, collection of 48 songs written for solo piano rather than voice by Felix Mendelssohn. Part of the collection—consisting of 36 songs—was published in six volumes during the composer’s lifetime. Two further volumes—with 12 more songs—were published after Mendelssohn’s death in 1847. 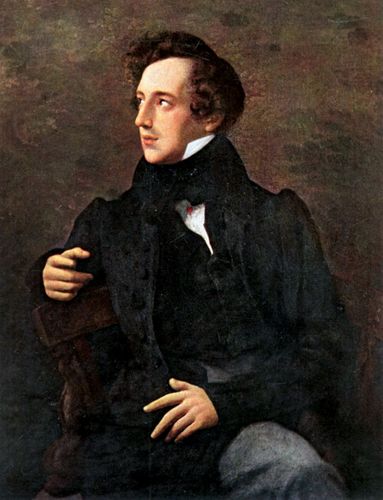 A Song Without Words – Can it Stand on its own Today?

Certainly, there are some affirmative examples. But the music to much of what is written today is circular and repetitive. In computer terms you could say the music “loops”.  Repetition of the the same three notes over and over to simplistic lyrics or single words is the style. Basically I feel that what much of the music industry markets today is the image of the “composer.” The archetype example, in my opinion is found in the movie, The Producers.

A gun-wielding Franz confronts Max and Leo, accusing them of breaking the “Siegfried Oath“. He is partially angered over the continual used of the word “baby” in the musical lyrics by the star in the cast.

I Write in the Song Without Words Form

Fortunately, I am married to my own lyricist. What a convenient source for words.  We are producing a concert version with dance of our New York tested opera, Patra.  It was presented as a staged reading by the American Center for New Works Development. Date of the Sarasota performance is March 23 at the Glenridge Performing Arts Center in Sarasota, Fl. Reserve your tickets today.

Opera Comique In Two Acts – By Sharon and David Ohrenstein

Romantic Composer Comrades were Common. Musical composers are the avant-guard of civilization.  Avant-guard defines a group of artists, musicians, or writers working with new and experimental ideas and methods. Without composer comrades, it is doubtful that we would ever know who Franz Schubert was. Composers are vital to a civilization. Yet, they are like babies. They need help. Such was the case with Franz Schubert. He only lived to age 31.  Franz Peter Schubert  was an Austrian composer of the late Classical and early Romantic eras. Despite his short lifetime, Schubert left behind  more than 600 secular vocal works (mainly Lieder), seven complete symphonies, sacred music, operas, incidental music and a large body of piano and chamber music.

Oil painting of Franz Schubert by Wilhelm August Rieder (1875), made from his own 1825 watercolor portrait.

His last symphony, “The Great,” was never performed in his lifetime. He received payment for it from the Gesellschaft der Musikfreunde in 1828. However, they ended up performing an easier symphony by Schubert, , No 6. The “Great” remained in the truck of his brother, Ferdinand Schubert. His Romantic composer comrades included Robert Schumann. Scumann went searching for it. He discovered it in Ferdinand’s trunk in his attic.
Fortunately, Felix Mendelssohn, counted among Schubert’s Romantic composer comrades,  was in a position to make the “Great” come to life. He was the director of the Gewandhaus Concerts in Leipzig, Germany. The story goes it was difficult to perform even for his orchestra. To make it more palatable, Mendelssohn omitted the repeats in the symphony that were indicated by Schubert. Here is another story of Schubert’s almost lost and forgotten music:

Gilbert and Sullivan had heard of Schubert’s Rosamunde. The manuscript was not to be found.  On a whim, they traveled to Germany to find the music. There, they caught wind of a Doctor Snyder who may have been in possession of the score. The rest of the story reads like a cliff hanger. When they arrived at his home, Dr. Snyder told them he had had a number of Schubert’s  manuscripts in his attic. Unfortunately, he had already placed them in the trash bin. The operetta duo ran to the refuse container. There, they not only discovered the score to Rosamunde, but numerous other symphonic works by Schubert. The rest of the story goes, they were so excited at the find, that they played leap frog with each other to celebrate the find.

Without the arts, life seems shorter and  even brutish.  We must support  creators of the fine arts who supply the musicians in the concert hall with new music. After all, there might not be a team like Robert Schumann, Felix Mendelssohn or Gilbert and Sullivan  at the right moment to save the great works of another poor Schubert-like composer.

Poetry Foreshadows Romanticism in a Major Way. By encouraging poetic expression, you enable Romanticism.  What qualities are then enhanced with Romanticism?:

Romanticism in the fine arts is feeling oriented: That is, feelings on a grand scale.   German painter and author  Caspar David Friedrich   expresses it this way: The artist’s feeling is his law”.[10]  Our featured picture was painted by the same  C.P. Friedrich.

Poetry Foreshadows Romanticism for Me

The featured painting parallels an inspiration I was given about fog. A spirit on Oquaga Lake dictated her poetry to me. I was the piano player for many years at Scott’s Oquaga Lake House. This employment covered some 15 summer seasons. The poetry  book is called The Oquaga Spirit Speaks. I have memorized every poem. At sometime in the future, I will do recitations. The Catskills Mountains in New York have inspired many writers. Among them we find Washington Irving. Below is an internal link.

Oquaga Lake was once inhabited by American Indians. The tribe was the Lennie Lenape. Women ran the tribe. I believe the spirit of the lake is an American Indian female. Fingers of Fog a sample of the poetry she related to me.

Why are they scampering about
At this early morning time?
Thousand of fingers in motions
Moving gracefully with rhyme.

Perhaps each one is a spirit
Released from the depths of the spring:
Enjoying an hour of freedom
Almost ready to take wing.

This spring fed lake is enchanted,
As such water bodies are.
I actually saw its essence-
While viewing the Morning Star.

Unsung Romantic Music Hero is Bella Salomon. The 1st question you are probably asking is:  Who was Bella Salomon?  Answer: Felix Mendelssohn’s maternal grandmother. The second question is, what did she do for her grandson? In 1823 (or possibly 1824), she presented her grandson with a gift. It was to alter the course of his life. Also, it was to alter the course of musical history.  The gift was a copyist’s manuscript score of J.S. Bach’s St. Matthew Passion.  She recognized  the Passion was one of the most deeply spiritual works ever written. It was almost unknown during the time of Mendelssohn.  She had it copied by Eduard Rietz for her grandson.  Felix struggled with this special project  for 4 or 5 years. Finally, his dream was realized: He rehearsed and conducted the Passion at the Singakademie on March 11, 1829.

Portrait of Mendelssohn by the English miniaturist James Warren Childe, 1839.

The romantic era revived counterpoint. One era contrasts another. Melody with accompaniment mostly characterized the rococo period and the classical eras.  Mendelssohn brought counterpoint to the Romantic era. Because of him, it became a key element. But, we have cause and effect. Had Felix Mendelssohn’s maternal grandmother, the unsung romantic music hero, not given him the copy of the St. Matthew Passion, Felix could not have made it known. Later Brahms was to embraced counterpoint’s use with melody. With this in mind, my the internal link contrasts Brahms and Wagner.

In the above youtube, has me playing Mendelssohn’s Wedding March. I have been called Sarasota’s Wedding Pianist.  On Dec. 20, 2017 will begin playing the piano at the Gasparilla Inn. It is pictured below: Christmas through Easter, six nights weekly. The 1924 Steinway Grand as just been refurbished.

HOW I DISCOVERED JOACHIM RAFF’S MUSIC

It’s time to appreciate composer Joachim Raff. Critics of his day compared the quality of his compositions to his contemporaries, Johannes Brahms and Richard Wagner. I agree. Apparently so did Bernard Herrmann, conductor of the London Symphony Orchestra who featured his Lenore Symphony #5  on May 27-29 1970  in concert. But where is his music now? Why has his music been ignored? I just happened to be sight reading an etude from Schirmer’s Concert Etudes for the Piano edited by Balough.  Raff’s Etude Melodique  Opus 130 No.2 was so well written that I think it’s on a par with the Etude, Un Sospiro, by Franz Liszt. He orchestrated for Liszt for a number of years in the 1850’s. 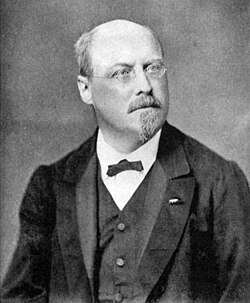 SO WHY HAS HE BEEN PRACTICALLY RELEGATED TO OBLIVION?

I feel that, quite bluntly, he went against the male bastion of composers that kept women out of their field. This segregation had been there’s for hundreds of years. In Frankfort Germany Raff was the first director of the Hoch Conservatory of Music. He actually established a class for female composers at a time when women were not taken seriously. Worse yet, Raff hired a woman, Clara Schumann, to instruct composition. Heavens! Does this make him any less of a composer? It just proves that he was secure in his own musical composition.

Felix Mendelssohn was a wonderful supporter of great musicians and composers. He resurrected the music of J.S. Bach in 1829, almost 80 years after Bach passed away, by conducting Bach’s Passion According to St. Matthew.  Mendelssohn also championed the compositions of Raff. In writing this blog, I hope Im doing the same. I feel that music of a romantic nature is about to make a come back. I also think that Rapp has taken a bad wrap for too long a time. Please listen to some of his music and let me know what you think.