Caruso versus McCormack which was a better singer

Caruso and McCormack – What Did they Think of each Other

On December 26, 1900, Enrico Caruso celebrated the Christmas season with his debut at La Scala by performing the part of Rodolfo in Giacomo Puccini’s La Bohème with Arturo Toscanini conducting. As his career advanced, he went on to please audiences in Monte Carlo, Warsaw, and Buenos Aires.  He appeared before the Tsar and the Russian aristocracy at the Mariinsky Theater in Saint Petersburg as well as the Bolshoi Theater in Moscow.  In 1910, a landmark event occurred when he performed live from the stage of the New York Metropolitan Opera House. He honored America with first public radio broadcast to be transmitted in the United States.

A source for this post is The Virtuosi by Harold C. Schonberg. He was the music critic for the New York Times. John McCormack achieved a good measure of fame as an opera singer. He never had the power of Caruso and never cared for such projection. McCormack chose to remain a lyric tenor all his life. His phrases seemed to go on without end. Violinist Jan Kubelik believed he was so great he must have had a Stradivarius in his throat. New York World published a letter of McCormack dated April 14, 1918. I quote below:

“A great many singers have an idea that the public wants bigness of voice. That is a mistaken notion…. The history of the world’s greatest singers brings not one supreme artist who is not essentially lyric. What the public enjoys most of all is the smooth, pure and beautiful tone in the singing voice.”

Caruso and McCormack – No Contest  as/per Both Tenors

Here is the story that Schonberg relates about an accidental meeting between the two tenors: McCormack says to Caruso: “Well. Rico, how is the world’s greatest tenor today?” To which Caruso replied: “John,  I didn’t know you have turned into a bass.”

Here is an internal link about what I have up to:

In one of the final years of his life, renowned violinist Dave Rubinoff plays the Stradivarius violin for an intimate concert at Scott’s Oquaga Lakehouse in 1984. He is accompanied by pianist, David Ohrenstein. Visit http://dsoworks.com/live-performances… for a behind-the-scenes view from David Ohrenstein of what it was like to work with Rubinoff and His Violin.

Enduring or Endearing, We Must Often Choose which we prefer to be. I’m writing this blog to demonstrate a point: Composer/musicians are much more enduring than world renowned musicians who do not compose in a significant manner. I was inspired to write this blog from a description of Charles Hallé found in: The Great Pianists: From Mozart to the Present written by Harold C. Schonberg. 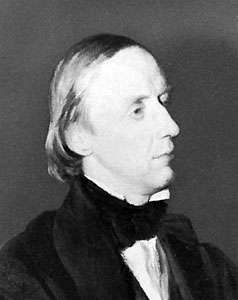 First who was Charles Hallé? Sir Charles Hallé, original name Carl Halle, (born April 11, 1819, Hagen, Westphalia [Germany]. He died October 25, 1895, in Manchester, England. He was a German-born British pianist and conductor. He founded  the famed Hallé Orchestra. He also gave frequent piano recitals in London and was knighted in 1888.

Sir Charles Hallé was fascinated by Beethoven. He gave a Beethoven concert in London in 1848. That started the Beethoven ball rolling. Schonberg, music critic for the New York Times, writes about how afterwards he played Beethoven at a number of parties  given by ladies who heard that 1848 Beethoven concert. By 1852 he gave semi-public recitals consisting of only Beethoven’s music in his own home. In 1861 he gave similar recitals at St James Hall. However, at St. James his Beethoven program had a plan.  He played all of Beethoven’s 32 piano sonatas over the span 18 recitals. Supposedly, he was the 1st in history to accomplish this.

How Enduring is Sir Charles Hallé Compared to Beethoven?

Another composer he advocated was Hector Berlioz. Yes, Sir Charles did compose. But it seems like conducting and piano concerts by other composers (especially Beethoven)  were much higher on his list of priorities. “So”, you might ask, “where am I going with this”? Sir Charles Hallé made his reputation primarily as a renowned musician and champion of other composers.  How many people worldwide have heard of him? On the other hand, Beethoven made his reputation as a composer/pianist. Now I will ask the question in reverse: How many people have not heard of Beethoven? Incidentally, you might be interested in my internal link below. Beethoven was quite the Mason.

Now for my own prediction: Music trends will once more place the composer/pianist on a pedestal. The pianist who does not compose and merely tries to outdo everyone else on the piano , will not rise very high in the new era of music that is quickly approaching.