Hidden Periodic Chart Knowledge in God’s Primary Names. In Genesis God has two primary names.  The documentary hypothesis proposes that the Torah was compiled from various original sources, two of which (the Jahwist and the Elohist) are named for their usual names for God (YHWH and Elohim respectively). The Creator name was Elohim. The name revealed to Moses was YHWH.  Hebrew letters doubled as numbers. There was no separate number system. This is called by a Greek word, gematria. Thus, each name of the Deity has a numerical equivalent.

Hidden Periodic Chart in the Names of God Decoded

The periodic table is a tabular arrangement of the chemical elements.   They are ordered by their atomic number, electron configurations, and recurring chemical properties. This ordering shows periodic trends.  Trends include elements with similar behavior in the same column. Let’s take vertical column #1.

The primary vertical coding numbers on the periodic chart become 2, 8,18 and 32. The question now becomes how do we find 26 and 86 of God’s primary names in a coherent fashion by just using these numbers in sequence fashion? Consider the following:

How did the hidden periodic chart happen?   Many conclusions pose more questions than they answer. For example: Was there an advanced civilization like Atlantis? Did their survivors see to it that knowledge was set in the Torah? Or, did aliens set the periodic code into the Torah? Finally: Is this co-incidence is an example of  the wisdom and power of the Almighty?

Mitzvot (as good deeds) are set at 248 to Do; 365 Not To do. Most prominent in the 5 Books of Moses are the 10 Commandments. Yet within the context of these 5 books are another 603 commandments. Many can be followed. Among those that cannot be followed are those having to do with the service at the Holy Temple. It is no longer standing. The question for today’s blog is why the specific numbers of 248 and 365.

MITZVOT ARE SET BY THE ANCIENT CANON OF MEASURES

Jay Hambidge discovered a canon of measures in antiquity. This was at the turn of the 1900’s. They were derived by multiplying the basic Egyptian remen by successive square roots of whole numbers of 2,3,4,5,6……The number used for its square root to determine the measure varied by civilization. This remen measures 1.2165….feet. John Michell clearly discusses the canon of measures in his book, City of Revelation.

So where are the numbers 248 and 365?  Right above this paragraph, we see the 365 for the negative commandments. However, 243 number of the Roman pace (see above) is 5 short of 248 number for positive commandments.  “Five”, represented by the Hebrew letter “hei” had a special meaning when added to a name in the Bible.  In many middle eastern languages letters doubled as numbers. In contrast, today in most languages,  numbers have one symbol and letters have another.  When “hei” as  number five was added to a name, as a symbol, it  represented coming to know “God.” The sentiment still survives in the expression “give me five.” In music it is immortalized by Paul Desmond’s “Take Five.” Before Abraham came to know God, his name was “Avram”. It had a numerical equivalent of 243: Just like the numbers of the pace, 2.43 feet. After he recognized the one true God, a “hei” (5) was added to his name. In the words of Rabbi Munk: The Zohar states: “Heaven and earth were created in the merit of Abraham, for Abraham’s future recognition of God as the Creator.” 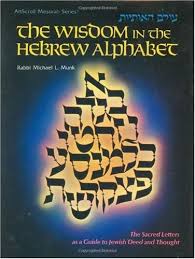 Precision Numbers the Letters of the 1st 5 Books of the Bible. They include the 27 letters listed below. We have a tally for each letter. The collective total is also given as 304,805 letters. The letters of the 1st 5 books, (called Torah in Hebrew) also doubled as numbers. The system was based on numbers 1 to 9. The Hebrew letters actually doubled as numbers. There was no separate system of letters and numbers like in, for example, English. This ancient double representation is called by a Greek name, “gematria”. Of course, higher digits were derived from combing these nine numbers. Thus, 27 letters + 9 numbers = 36 total symbols.  In effect, God used these 27  letters and the 9 digits (totals 36) as a templet to stamp out the other 304,805. The total becomes 304,805 + 36 = 304,841.  Once we know this, the formula appears:

PRECISION FOR THE LETTERS OF THE IST 5 BIBLICAL BOOKS

A Sefer Torah (Hebrew: ספר תורה; plural: ספרי תורה Sifrei Torah ; “Book(s) of Torah” or “Torah scroll(s)”) is a handwritten copy of the Torah, the holiest book in Judaism.

Why is precision so important?

I have been blogging about the 3 x 3 number square and its hidden number codes. Those who haven’t read them are at a disadvantage. Sorry. They are all available for free on DSOworks.com. Just press “all posts”. This number square’s essence is: It is the smallest number square. Yet, it grows to infinity. This happens by multiples of ten. Ten totals any opposite pair of 2 numbers of the square of the featured picture above.  Now for the math:

So where is the 304,805 letters of the Torah + the 36 letters and numbers used as the templet (total 304,841)?   The key to this question belongs to all mankind. The design below is used by all religions. The picture below illustrates one application from one religion:  Christian legends have claimed that the Glastonbury Abbey was founded by Joseph of Arimathea in the 1st century.The length of the vessel of the well cover (enclosed section by the overlapping circles.) is longer than the width by the square root of 3.

Temples, Temple Builders and They That Inspired Them. Let’s begin by listing some temple builders. These sources are confirmed by the Bible.  I also refer my reader  to Zecharia Sitchin’s The 12th Planet.

THE BUILDING OF TEMPLES AS DESCRIBED BY OTHERS

Now the big question. Why am I blogging about building temples? Buckminister Fuller states how war makes for scientific and material advances. In Summeria, by contrast, temple construction made for technological progress. Is it better to go to war for progress or to build temples? That is the reason.

Finally. Here is how the plan of many ancient temples is found in the featured picture. The Oquaga Spirit generously give me this picture while hiking around Scott’s Oquaga Lake House. The diameter of each smaller circle, by number alone, is 352. The key is found in the fact that Hebrew letters doubled as numbers. The plan is preserved in the Torah in Deuteronomy 6:3-4. The last 2 words of  6:3 are “milk and honey”. חָלָב, וּדְבָשׁ.  By equating letters with numbers in Hebrew they equal 352. In the prayer book, the Siddur,  Deut 6:4 is spelled as seen below. Its numerical equivalent is 1106. Ask anyone who knows the Hebrew language. Now, 352 stands to 1106 as a circle to a diameter. Seven circles, each circumference 1106 with a 352 diameter are at the core of this universal ancient temple plan. Temples worldwide have drawn on line segments by number from the featured picture. Why not have a new Golden Age of peace? Let’s rededicate ourselves to rebuilding the temples once built by this lost and forgotten plan. Finally, we must acknowledge and honor the wisdom of the American Indians. I, for one, certainly do. The sentiment on the emblem below is simply wonderful.